Hello friends and family! While we are beyond thrilled to be home to relax, regroup, rehearse, and spend time with our loved ones, we had an incredible time on our 5-month Celebrity Cruise Line adventure.

For those of you that don’t know, between August of 2015 and January of 2016, we were traveling the world as resident musicians on two different cruise ships: the Celebrity Solstice and the Celebrity Summit. We were overwhelmed with gratitude; not only for the opportunity to work together and get paid to perform, but also for the opportunity to see the world while actually saving money.

Our adventure began in Seattle, WA, as we boarded the Solstice for the last couple of weeks of the Alaskan season. There we got to see and experience such beautiful Alaskan ports as Ketchikan, Skagway, and Juneau, as well as Victoria, Vancouver, and Nanaimo, all in British Columbia. 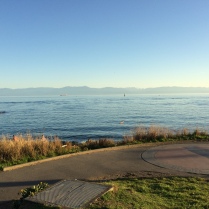 Next, we were on our way to Hawaii. We were completely floored by this opportunity… neither of us ever dreamed our little music hobby would someday swing us a trip to paradise! 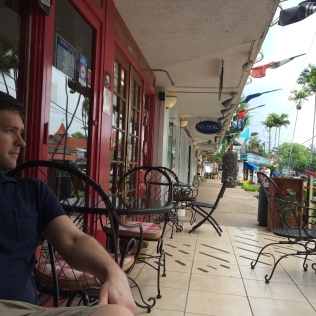 After our surreal 5 days in Hawaii, we began the 18-day Transpacific crossing, taking us to Tahiti and Bora Bora, until (finally!) reaching our ultimate destination of Sydney, Australia. 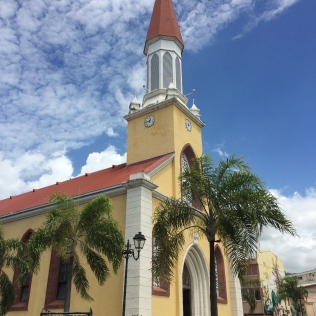 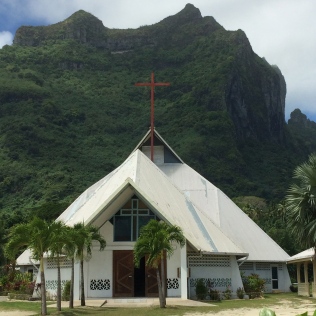 Bora Bora (can you tell I have a thing for churches?)

Once we reached the other side of the globe, we had one more cruise left before transferring to the Celebrity Summit for the holiday season. We had so much fun soaking up as much of the Southern Hemisphere as we possibly could. We stopped in Bay of Islands and Auckland, New Zealand, as well as several stops in Fiji and New Caledonia.

Somewhere out in the middle of the Pacific Ocean, we found out that shortly after arriving in Australia we would be transferring to the Celebrity Summit in the Caribbean. The BEST part of getting transferred halfway through our contract was getting to come home for two days to see our families, sleep in our own bed, and eat a couple of home-cooked meals. These are the things you daydream about when you are living full-time at sea. The WORST part of the transfer was the J E T L A G! During our many hours of transfer travel, and for at least a week and a half after we boarded the Summit, our poor brains and bodies could NOT figure out what the heck time of day it was. There were many evenings of nearly falling asleep standing up at our 7 o’clock shows, and many mornings of popping out of bed full of energy before 5 AM, but THANKFULLY with some time, patience, and lots of caffeine we finally felt all caught up and back to normal by the time we finished our second week on board.

We were lucky we got over the jetlagginess when we did, because we had big plans for Garrett’s birthday in late November! To celebrate, we rented an ATV in beautiful St. Maarten/St. Martin and spent the entire day exploring the whole island. 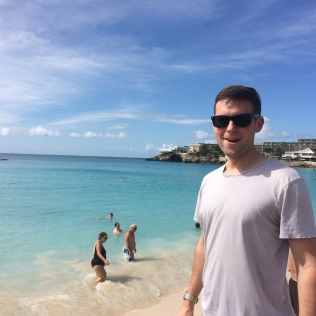 In a way, one of the nicest things about being in the Caribbean was the repetitive cruise itineraries; week after week we visited the same handful of islands, so after we had seen them all once or twice, it was easy to stay on board to work on expanding our repertoire (not to mention saving some money)! This worked out great, because it was time for us to start preparing for the holidays. 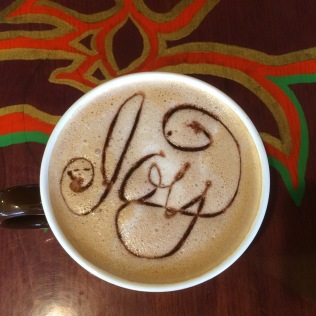 Merry Christmas from us and our sweaters!

With all the exchanging of gifts, learning of Christmas songs, and general excitement of all the festivities on board, our time on the Summit flew by and before we knew it, it was just about time for us to head home for vacation. Our last day in the Caribbean was spent in our favorite port, St. Thomas, taking a cable car up a mountain for the most incredible views, and exploring  the breathtaking St. Thomas Butterfly Garden. 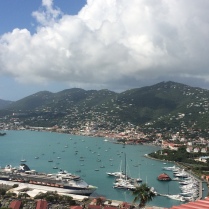 View of St. Thomas from the top

Garrett at the Butterfly Garden

When all was said and done, we were thrilled to be returning home for a two-month vacation, but we had a blast seeing the world together.

Like Loading...
This entry was posted in Photos, Travel and tagged acoustic duo, adventures, cruising, Travel. Bookmark the permalink.

1 Response to Our Celebrity Cruise Travels